Available to view in our showroom 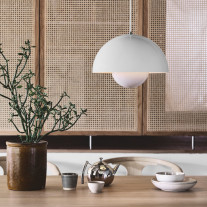 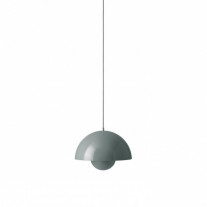 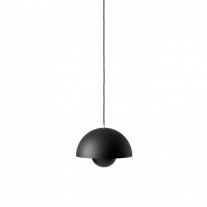 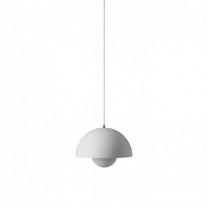 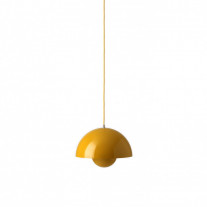 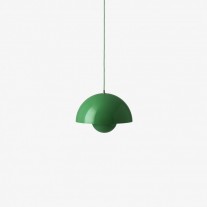 Panton frequently experimented with circles and spheres in his work (see earlier designs like Topan and Moon, or later efforts such as Globe, Wire, and Panto) and the Flowerpot series is perhaps the best example of this, consisting of little more than two hemispheres, one exactly half the size of the other, which diffuse and reflect the light produced by a concealed light source to create a warm, inviting atmosphere, perfect for any home, hotel, or restaurant environment.

The Flowerpot VP7 is available in a wide range of eye-catching finishes which evoke the bright, bold colours of pop art and psychedelia, as well as several muted, more contemporary variants. In addition to the original VP1 pendant and even larger VP2 pendant, there are also two table lamps in the Flowerpot family, the VP3 & VP4. More products in this family