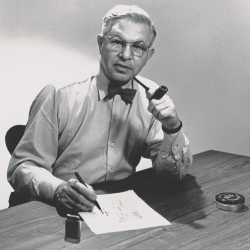 Arne Jacobsen was born in Copenhagen in 1902 where his interest in art came apparent at an early age. It was obvious from the very beginning that Jacobsen was ahead of his time. This was clear when, in his early childhood, he would paint his bedroom wallpaper bright white which only came into fashion decades on. After studying at the Royal Danish Academy of Fine Art, Jacobsen became influenced by designers such as Le Corbusier and Mies van der Rohe who later influenced his most iconic designs.

These iconic designs have shaped the landscape of Danish design, for example the AJ Collection which was designed primarily for the SAS Royal Hotel in 1960 when Jacobsen designed everything from the building to the furniture and finishes inside. This detailed design project has influenced designers around the world and has made Arne Jacobsen's design process iconic. Jacobsen’s creative process centred on his strict consideration of detail. However, Jacobsen was considered an insecure designer due to the fact that none of his designs were determined ahead of time. This could not have been further form the truth as Jacobsen was constantly on an intuitive search for the outer limits of the design ideas.

A common feature of Arne Jacobsen's designs is the modernist ideals with a Nordic love of naturalism. This can be seen in the AJ Eklipta collection which was originally designed for the Rødovre Town Hall. The AJ Eklipta features an opal glass diffuser with a discrete metal mount that, due to the circular diffuser, gives the illusion of a luminous globe. 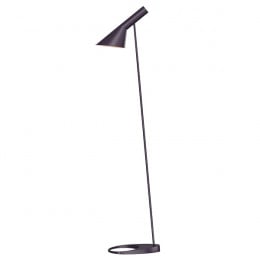 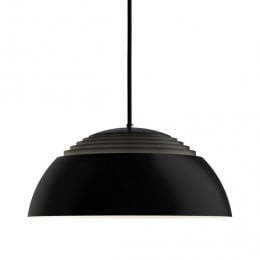 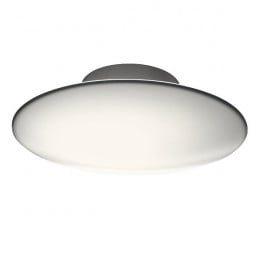 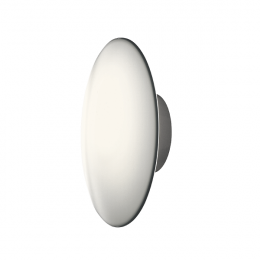 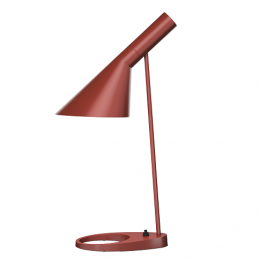 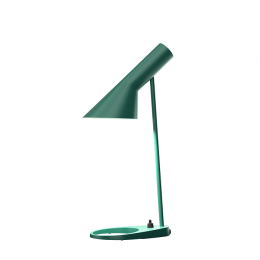 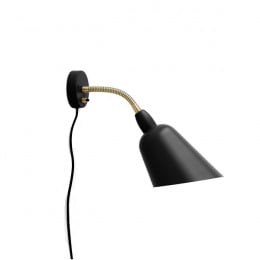 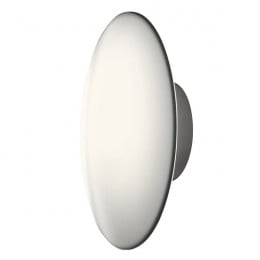