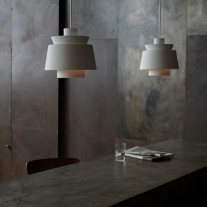 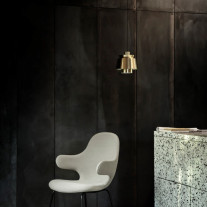 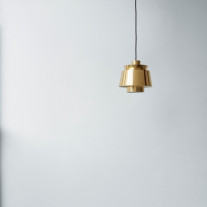 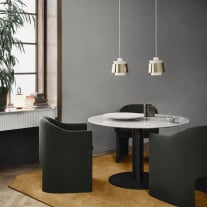 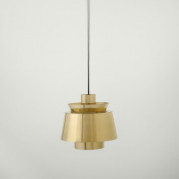 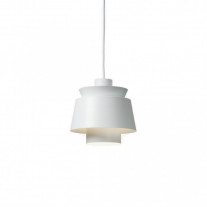 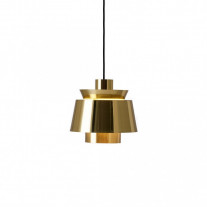 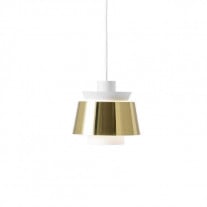 The Utzon JU1 Pendant is one of &Tradition’s most iconic designs.

An early design by Danish architecture legend Jørn Utzon, the Utzon Pendant is typical of his work with both buildings and interiors. Thanks to his father’s naval engineering drawings, Utzon developed a lifelong fascination with the shapes of the nautical world, and in particular with the way that light interacts with these shapes. This fascination is especially apparent in the design of his 1957 masterpiece, the Sydney Opera House, but ten years earlier it figured prominently in the shape of this pendant, which resembles variously a lighthouse, a series of waves, and the sails of a ship.

Much like his opera house, Utzon’s pendant consists of several concentric panels which play with light and shadow, in this case a set of elegant, angled lines which encourage light to move up, down, and out into the space around it. These metal panels are created by expert craftsmen using a combination of deep drawing and spinning to ensure a smooth, uniform appearance, as stylish today as it was when Utzon first dreamt it up.

The Utzon JU1 is available in 3 colours. A single pendant makes for a perfect mood light in a small seating area, but combine several to set the tone for an entire room. 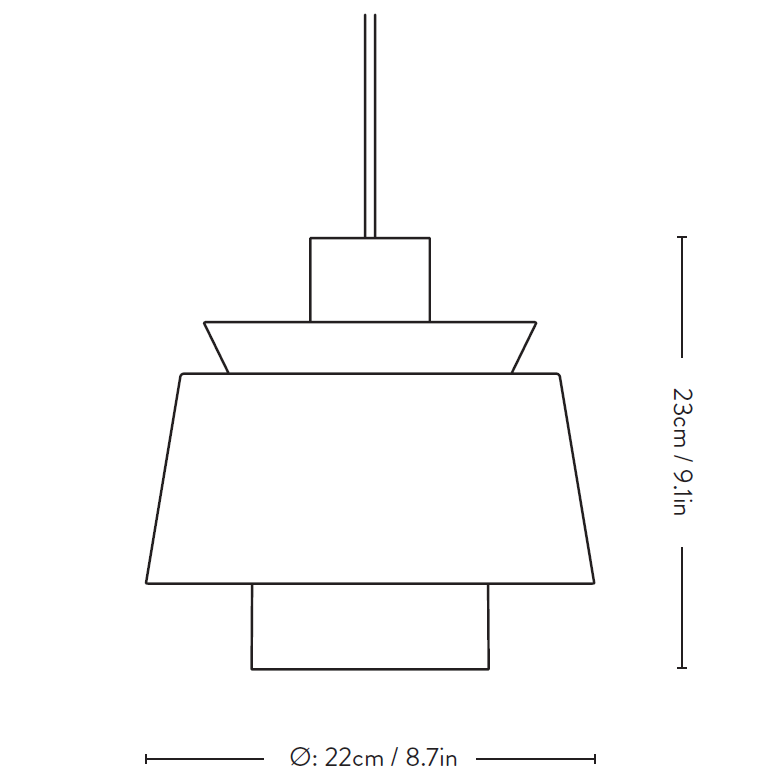 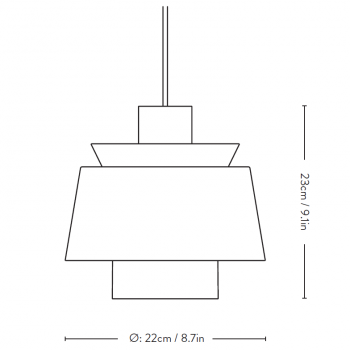